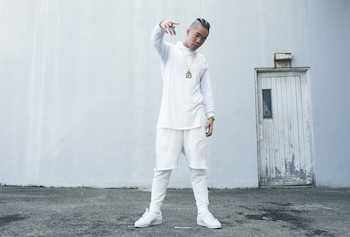 Starting his career at a young age of 17, ShiGGa Shay has been featured on the world’s most popular Hip-Hop site, WorldStarHipHop.com in 2011. Being the first Singaporean to be featured on the site, he is also recognised as “Unsigned Talent of the Week” for his “On My Grind” Music Video which has received more than 120,000 views.

ShiGGa Shay has released his debut EP They Call Me ShiGGa in May 2012. The debut single ‘Let’s Roll’ has already landed in the 98.7FM Top 20 Hits charts in November 2011. In July 2013, he released his English-Chinese-Hokkien single ‘LIMPEH’ (Hokkien slang for ‘your father’) which has stayed on the iTunes Singapore Charts for 2 weeks and charted the iTunes Malaysia Hip-Hop charts at number 2. The music video has garnered more than 340,000 views on YouTube and garnered him nationwide publicity and accolades.

In 2014, he dropped a new single ‘Lion City Kia’ (Lion City Kid) to rapturous reception. He will be releasing new singles from his as-yet untitled full length in the first half of 2015. The new album is set for release in mid May 2015.